Buy it on Amazon Now! 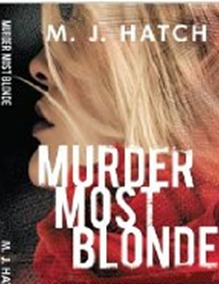 A family law judge is killed in the driveway of his upscale Newport Beach home; his wife is shot through the heart in their garage. Is this revenge killing for the ruling the judge made in court by a disgruntled party, or is the killing related to his prior life as a criminal defense lawyer? With the rich and famous of Orange County, California, any of these are possible, sending Newport Beach Homicide Detective Jake Swanson on the hunt for a killer unafraid to take down a respected judge in his own home. Complicating his investigation is an agent from a secretive government agency who keeps turning up at inopportune times - with the same agent compromising Swanson's partner, Melissa Sanchez.

Can Detective Jake Swanson keep far enough ahead of the forces interceding his investigation, or in his hunt for a killer will Jake finally push the rich and powerful too far, losing his job and, possibly, his life? 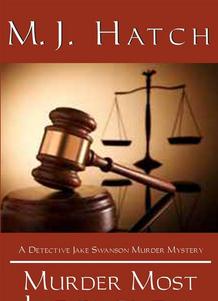 Buy it on Amazon Now!

Born to a local socialite and raised in Newport Beach, California, Detective Jake Swanson knows how to use his good looks, and laid-back attitude as his unique way of interacting with people from all walks of life. In between surfing the waves and surfing the local bars, the local forty-two-year-old detective is faced with solving two murders happening in less than twenty-four hour in the well-heeled Southern California coastal city of Newport Beach. Other than the color of their hair, the victims apparently have nothing in common-one is a returning socialite scandal everywhere she goes, and the other is a child-like teenager just looking for a party. Unfortunately for Jake Swanson he had contact with both victims just prior to their deaths. Worse yet, he is friendly with one of the suspects, and is a tenant of the other. With suspicion of complicity flowing heavily in his direction, he is put in the uncomfortable position of being partnered with a newly-minded detective, Melissa Sanchez, a former drug enforcement officer, who disdains him and the decadent lifestyle he embraces.